Increasing transparency, accountability and integrity in the Nigerian defence sector

This project is conducted in collaboration with the Civil Society Legislative Advocacy Centre (CISLAC), Nigeria.

Corruption had an undeniable impact on Nigeria’s security situation. Corruption in the defence sector, in particular, has resulted in the waste of billions of dollars’ worth of public funds through corrupt defence procurement practices and the abuse of the opaque security funding system known as “security votes”. This public money could have been otherwise more productively directed towards countering security threats and building a modern and efficient defence force. Corruption within the Nigeria defence sector arguably inhibited the ability of Nigerian armed forces to effectively tackle the insurgent threat in the North East as well as respond to the oil bunkering in the Niger Delta, the conflict in the Middle Belt and the threat of maritime piracy in the Gulf of Guinea – reports of ghost soldiers, the skimming of soldiers’ salaries, and the procurement of faulty and outdated weaponry suggest misconduct within the armed forces that affected operational effectiveness.

In cooperation with our local chapter in Nigeria, the Civil Society Legislative Advocacy Centre (CISLAC), we are conducting a project aiming to Increase Transparency, Accountability and Integrity in the Nigerian Defence Sector (ITAI). ITAI’s objectives focus firstly on building a culture of integrity within Nigeria’s armed forces and civilian defence structures by working to develop an understanding of anti-corruption as crucial to achieving stability, and by supporting internal anti-corruption efforts.

Secondly, ITAI aims to strengthen civilian efforts to conduct effective oversight over the defence sector. We are therefore working with parliamentarians responsible for overseeing defence, civil society organisations and media representatives. Our aim is to not only strengthen these actors’ capacity and expertise on defence oversight but to also work with them to generate a strong and informed public discourse on defence corruption risks in Nigeria.

Our ITAI project builds on existing work conducted by Transparency International – Defence & Security and CISLAC in Nigeria through a previous project entitled Strengthening Accountability in the Nigerian Defence Sector (SANDS). 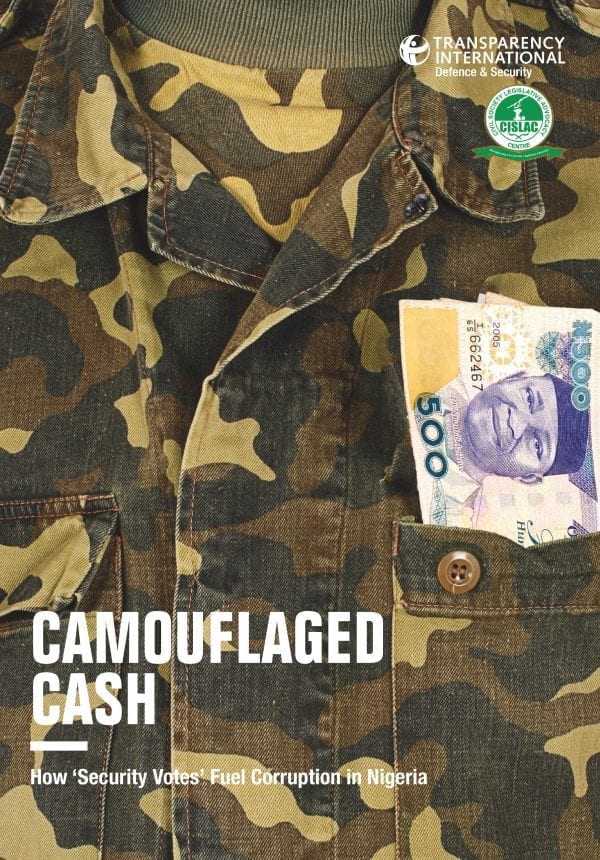 Policy Brief: Strengthening Accountability in the Nigeria Defence Sector
Where we work