The United States’ military spending, at $1.6 trillion in 2015, is the largest in the world, outpacing the next seven largest military budgets combined. It is also the largest arms exporter in the world and has five of the ten largest military companies. Additionally, due to its role in NATO and a variety of bilateral security arrangements, its security sector has large systemic effects on security sectors worldwide. As such a leading figure in the global defence sector, the US is an important priority for our programme.

We work in the US focuses on two areas. The first is the influence of defence industry on US defence policy. We conducted research that explores the underlying processes and pathways to influence and associated corruption risks that enable American defence firms to continue to export arms and defence services to the Middle East, despite extremely poor human rights records, very poor levels of transparency and accountability, and questionable outcomes for US foreign policy interests. 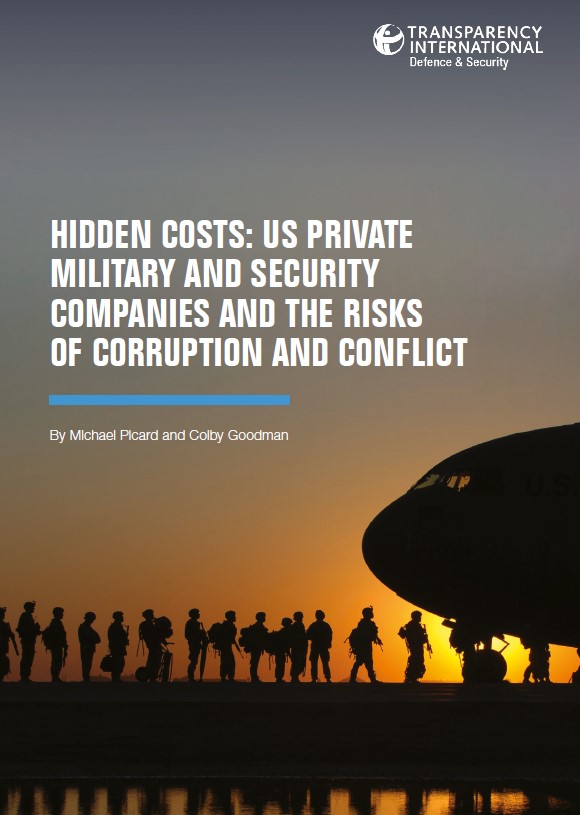 Hidden Costs: US private military and security companies and the risks of corruption and conflict A Mutual Extortion Racket: The Military Industrial Complex and US Foreign Policy – The Cases of Saudi Arabia & UAE
Where we work