Since the end of the Cold War, West Africa has experienced recurring cycles of violent conflicts. As part of stabilization efforts, several countries in the region have engaged in Security Sector Reform (SSR). Aiming to transform security institutions to prevent and respond to violence, SSR processes are designed to improve state and human security by making security services more effective and accountable. However, SSR processes in West Africa have been experiencing mixed results.

Evidence suggests that corruption directly affects the various objectives of SSR in different ways. At a strategic level, the objective from SSR is to build democratic forces with a focus on human security. However, because of corruption and poor governance, Defence and security actors are often not seen has security providers but more as a part of the problem. When security institutions are perceived as corrupt, public confidence in government is eroded. Fragile governments that are unable to respond to the needs of citizens can cause the deepening of grievances, leading to social tensions and potentially conflict.

Our regional project in West Africa aims to increase the effectiveness of SSR in West Africa through a more pronounced focus on anti-corruption mechanisms. Too often, SSR focuses on ‘train and equip’ packages which don’t address structural issues of defence and security governance, and hinder the impact of those reforms. We advocate for corruption to be taken in consideration in any SSR-related legislation, policies and programmes, in order to ensure that anti-corruption efforts constitute an integral dimension of their design, implementation, monitoring and evaluation.

The project operates at both national and regional levels, by working with international institutions involved with SSR such as ECOWAS, the UN and the AU, as well as West African governments, and through Transparency International’s network of national chapters, to ensure that SSR-related policy frameworks and processes put greater emphasis on addressing corruption. 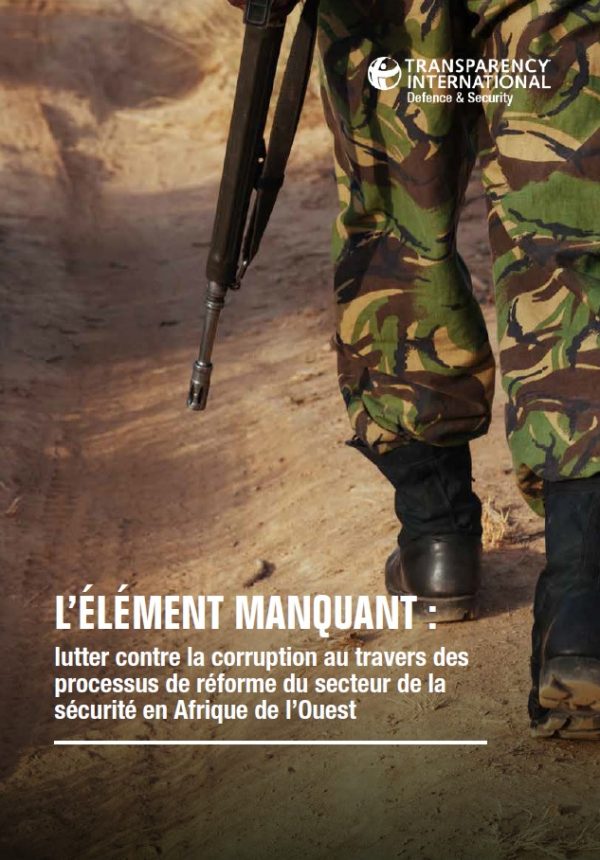 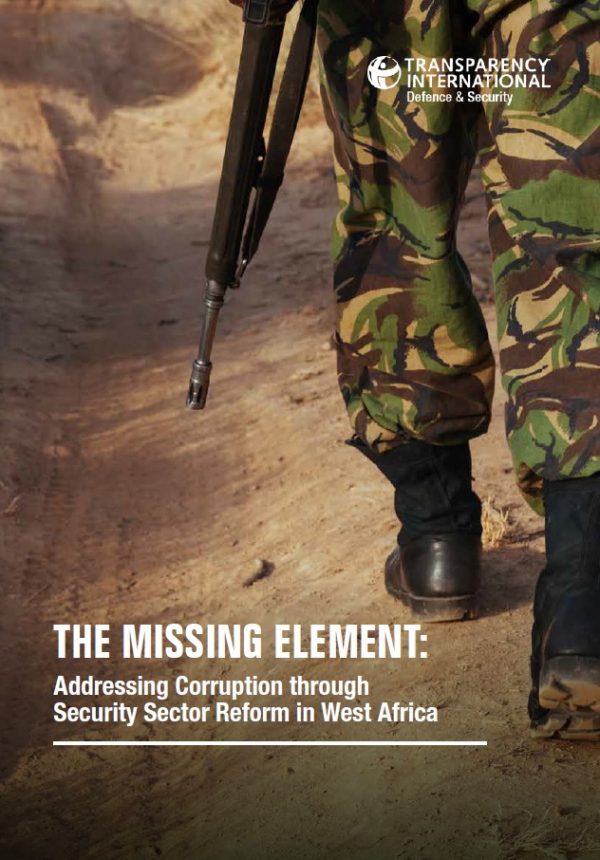 Security assistance, corruption and fragile environments: Exploring the case of Mali 2001-2012
Where we work